The drain in my bathroom sink is a living nightmare.

I’m not saying it’s literally living. But, I’m also not saying that it’s not. Literally. Living. The jury is still out.  Ya'll tell me this shit does not look like that girl’s black hole drain hole in the remake of “IT” where it’s clogged with hair that comes alive and races out from the hole full of bloody goo and strangles her… to almost DEATH: 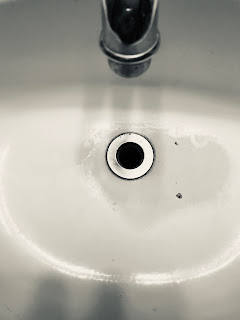 Am I right? I am right. Thank you very much. Here's what I'm thinking is going to happen one day if we don't cover that big black hole: 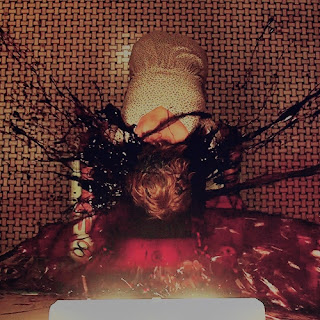 Me: Well. Bad news, Hub. It looks like we’re going to have to rip out our entire bathroom now and start all over from scratch.

Hubber: What are you talking about? All we need to do is update the counter top and…

Me: No, sir. If we don’t demo the entire thing, Pennywise will come slithering outta our drain hole. And, you KNOW how much I hate that fucking clown.

Hubber: You need to quit thinking what happens in movies is real life shit.

Me: First of all, it was in the book. So, there's that. Also, let us not forget that movies are based on real life shit, Hubber! And, it’s not just movies… the fucking Simpsons have predicted the future more times than we can ever count! And, don’t even get me started on La Llorona and Amityville Horror! Oh, and South Park. Do not even forget friggen SOUTH PARK, man!

Hubber: Fine. I can honestly see all the hair coming to life. That's a nightmare I can relate to.  So, I'll give you that much.

Me: So we can bulldoze the bathroom?

Hubber: No. But, you can start throwing your hair in the trashcan instead of washing it down the drain. It amazes me that there is still actual hair on your head. Does it grow 12 inches every night to replenish the 3 pounds that fall out every day?

I'm not sure if that's around the time he walked away or fell asleep on me.

But, it doesn't matter because I know that shit was working its way around in his brain for the next few days. That's how the transfer of paranoia works, y'all. It has to simmer and ferment in the brain juices for awhile. He has to imagine a hairy bloodbath in his mind every time he goes into the bathroom until it becomes a problem. And, believe me, he visits that room often.

It's not easy for Hubber to admit that my paranoia has taken root in his mind. He is torn between understanding that the paranoia is completely irrational while contemplating the possibility that in some weird other-worldly-dimension (possibly in the "upside-down") shit like this can actually happen.

Also, in the book, Pennywise was a spider. Y'all know I tossed that little nugget in his pipe for smoking. And, we all know how much Hubber fears spiders.

Next thing I know, the black hole looks like this: 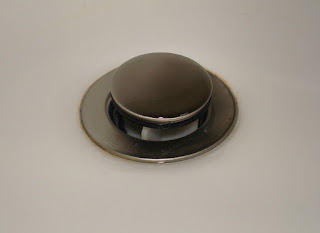 And, while it's not exactly the sledgehammering and complete re-do I was looking for, it's probably something I can live with.