Spankings - Not the Kinky Kind 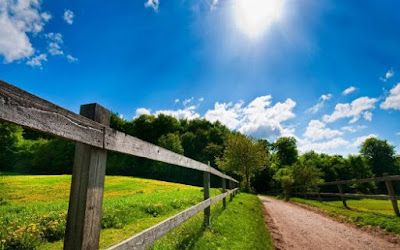 Brain-Dead Mothers. It's a Thing. 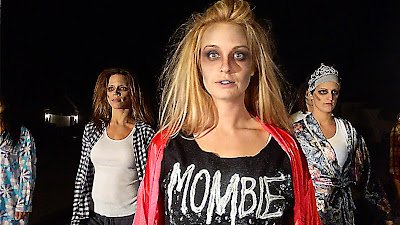 My life can be defined by BEFORE KIDS (BK) and AFTER KIDS (AK). In my BK days, many parts of my body were smaller. I can't blame my weight on my kids, although sometimes it's fun to make them feel guilty about it. What I can blame them for are my enlarged feet. After the first kid, my feet grew half a size; and after the second kid, they bumped up another half size. I'm really not sure how the science works with feet, but that shit is fucked up. Do you know how hard it is to find cute 9.5-10 sized shoes? It's almost as hard as finding plus-sized clothing that doesn't include moo-moos, frocks, and tunics (which, let's be real, are just fucking frocks with a cuter name).
Also, BK, my hair was thick and lush and brown. AK it became thin and grey and lifeless. And, when I'm stressed, it falls out in clumps. It ain't pretty when a woman loses her hair. Not pretty at all. And, I don't wanna hear all the men out there crying about how their receding hairlines have ruined their lives. Men don't know shit about the mental damage that women endure when losing hair. Not one tiny turd.
I think it's funny how men are always so dramatic about their pains and woes.
Hubber: I've got this excruciating pain in my stomach. This must be what child birth feels like!
Me: ....
<giving the are-you-fucking-kidding-me-right-now face>
Hubber: What? You think you're the authority on all things painful?
Me: Yes. I do. I'mma need you to try squeezing a watermelon out of your pee hole before you compare any fucking thing to child birth.
Anyway...
The other thing that happened AK is that I lost brain cells. Most idiots can blame cool shit like LSD, crack, moonshine, and marijuana for their dumbassery. Not me! I blame parenthood. Again, I'm not a scientist, but I'm pretty sure that when you get pregnant, brain cells dislodge and travel down into your womb. I think it's safe to estimate that the average mother loses 10 brain cells a day during that time. And, I carried my kids TO TERM. That's 40 long weeks of brain cell loss. If I were good at math, I'd tell you exactly how many cells that is and how many I have left. But, I'm not good at math; and you know why.
Kids are natural born thieves, y'all. And, they make you dumb. There should be severe consequences for their actions! I demand justice! Time for reparations!
#mombielivesmatter
It should come as no surprise that the brain cells you use to perform mathematical computations are the first to go. I'm living proof of that. I'm currently taking a Business Analysis class that is kicking my ass. Why? Because I can't process the logic behind testing statistic hypotheses. P-values? Z-test? Null Hypothesis? Critical Value? Square roots, n to the power of 6, degrees of freedom! WTF is this shit? And, why can't I get it to stay in my head? Why! I'll tell you why. Because my kids stole the necessary brain cells needed to compute.
And since depleting me of my brain cells isn't quite enough, my kids have also stolen vital nutrients necessary to function on this planet. Did I have seasonal allergies before I was a mom? No. I did not. Did I have high blood pressure? No. Was I able to quickly metabolize crappy food? Yes. Can I do that now? No.
Basically, children have literally sucked the life out of me and have left in their wake, an over-sized, middle-aged, wild-haired, blob whose ultimate goal in life is to end up laid out on a beach somewhere with a perpetual piña colada in hand.
at July 09, 2020